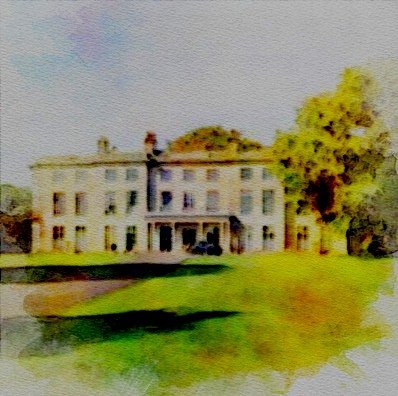 A collection of articles and resources relating to the history of the Hall, the people and the wider estate of Haigh.

A History of the Hall

Thanks to Ron Hunt

Compehensive and amazing list of properties and land offered for Sale from 1935 to 1947.

Thomas Skelton "The Fool of Haigh"

Thomas Skelton also known as "The Muncaster Fool" his time at Haigh Hall, the Bradshaigh portrait and his Will.

Images of Haigh Hall, the estate and the wider Haigh village.

With permission and thanks to Ron Hunt of wiganworld.

Additional images of the Haigh area.

Information and articles on this historic site,  the cradle of industrial engineering in Wigan

An extract of the report by the Charity Commissioners in 1831 referring to the charities in the Township of Haigh.

Covers the School, The Receptacle and other charities.

A little journey of discovery

by Martin Holden with some great images

James Higson, died in 1898, the old lodge-keeper for the Wigan entrance to Haigh Park, Plantation Gate and Lodges, had a remarkable career as a private soldier, recalling some of the particulars of what in many respects was an interesting life.

Kathleen recalls living at the lodges in 1970 as a newly wed.

Probably built for the visit to Haigh Hall of the Prince & Princess of Wales in June 1872.

See the drawings and maps of the planned new road and building in celebration of this event.

“The Mayor of Wigan, a tale, by Hillary Butler, printed in London, 1760.” Little is known about the author apart from he practised as barrister in London.

The extreme rarity of this book, and its strong local connections with the borough, is its only recommendation. The Monthly Review of the year 1760, of its publication, calls it “dirty story, poorly told.”

The tale of the Mayor of Wigan who is invited to a dinner at Hall, on the way to the hall he a has unfortunate accident in the "nether regions", the actions of his dog, Tray, at the dinner table causes chaos and unpleasantness for all the diners.

A copy translated by the Wigan Archives (Pat Sankey)

The book contains copies of various documents addressed to Sir Roger Bradshaigh of Haigh near Wigan in his capacity as one of the Deputy Lieutenants of the county, and a  few other  letters and  papers.  Sir Roger no doubt  had them copied out for reference, and the order is (roughly) chronological. Many are formal merely, as  the  copy of the commission  to  the Earl of Derby as Lord Lieutenant and the like, but others  throw light on the disturbed conditions which accompanied the restoration of Monarchy and  led  to the Revolution of  1688. 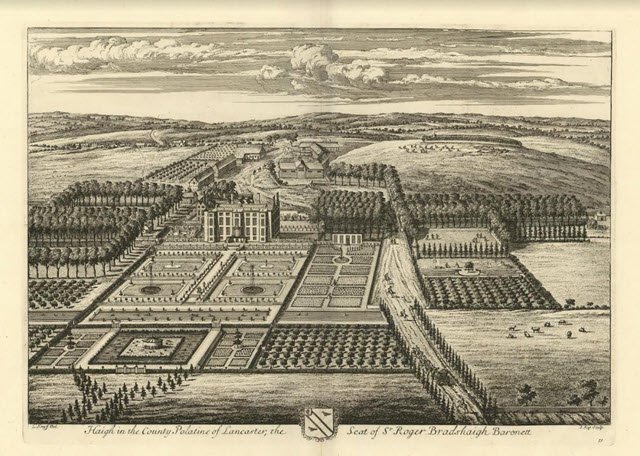