The Great Civil War in Lancashire 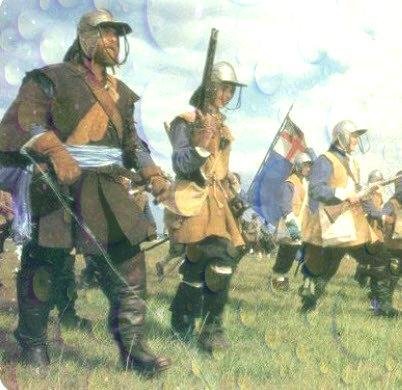 The historian, Ernest Broxap, was born in Higher Broughton, Salford, Manchester, in 1880. He read History at Owens College (which later became the University of Manchester) and attained his B.A. (1900) and M.A. (1901).  His field of study was the Civil War and he published a number of works on various aspects of seventeenth-century Lancashire'

His greatest work was his book on The Great Civil War in Lancashire (1642-51), (1910). Later, he also published ‘Extracts from Manchester churchwardens' accounts, 1664-1710’, in Chetham Miscellanies IV, Chetham Society,  as well as an introduction to H.G. James’s Manchester A Hundred Years Ago (1921).

After completing his studies, Ernest joined his elder brother, Henry, as a partner in the family yarn business.  Ernest had married in 1912, and removed from Higher Broughton to live at Kersal, Salford. Whilst increasing family and business commitments prevented further research on the Civil War, Ernest retained an interest in cultural matters and was an associate of Charles William Sutton (1848-1920), the Chief Librarian at Manchester from 1879 to 1920. Broxap succeeded Sutton as Secretary of the Chetham Society in 1920, a position which he fulfilled until 1940. At some time after 1921 he had removed to Cheshire and lived at Hale before finally removing to Alderley Edge. He died, aged 83, in 1963. His widow presented his papers to Chetham’s Library on 2 October 1963.

It is merely intended to be an account of the Civil War within the borders of the County, religious and social questions and the general course of the war being touched on only so much as is necessary to make the narrative intelligible. It only remains to be said that some care has been taken with topography, and above all I have tried to give an impartial narrative of the events.

The Last Stand. Battle of Wigan Lane. Trial and Death of the Earl of Derby.

Thanks to our members Ron Hunt and Ken Scally