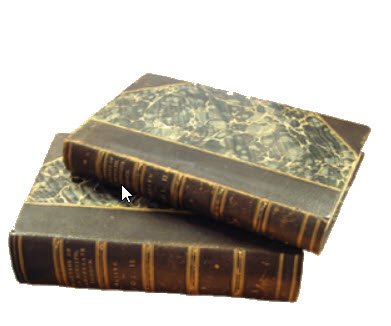 WIGAN FAMILIES in the 16th CENTURY

If you are having trouble tracing back your family one hundred years and you want to dig deeper, take a deep breath – it gets nigh impossible!

It was in 1538 that Thomas Cromwell, Vicar General of King Henry VIII, ordered Parish Registers to be kept, but many parishes did not start keeping records of baptisms, marriages and burials until much later.  The Registers of the Parish Church of Wigan date back to 1580, when Edward Fleetwood was Rector and Lord of the Manor. The baptism and burial records start at that time, but marriage records start only in 1594 and are incomplete thereafter.

From the Parish Registers I have extracted information about Wigan families in the 16th Century – from November 1580 to December 1599.

The Ecclesiastical Parish of Wigan included the townships of Abram, Aspull, Billinge, Dalton, Haigh, Hindley, Ince, Orrell, Pemberton, Upholland and Wigan. Baptisms, burials and some marriages in these townships were recorded in Wigan. The population of Wigan Parish was perhaps 4-7,000.

For baptisms, the date is given together with the baby's name and, in most cases, the father's name. The father's address is not given, but in many cases a township is recorded; and in a few cases a street in Wigan is named (e.g., Wallgate, Standishgate, Millgate, Hallgate), or a district identified (e.g., Highfield, Windy Harbour, Scholes). Only in a very few cases is the father's occupation identified. The mother's name is provided only when the child is born out of wedlock. Birth dates of the father and mother are not recorded.

For burials, the date and usually the name of the deceased person are given, sometimes with the husband's, wife's or father's name. A township often is identified. The age of the deceased person is not recorded. The cause of death is reported only on a few occasions such as drowned, killed with a cart, poisoned herself, or slain. Occasionally, both for baptisms and burials, information is provided such as poor begger, poor woman, poor child, bastard, illegitimate, vagrant, widow or spinster.

Most people in the 16th century were illiterate and family names generally were spelled phonetically and have variants. Below is a list of 404 family names in the Registers for the period November 1580 to December 1599. The most common names, judged by the number of burials, were (in alphabetical order) Green, Leigh, Lowe, Markland, Marsh, Mollineux, Pinnington, Winstanley and Wood.

Not surprisingly, many Wiganers have family backgrounds that go back more than 400 years. But when you have lots of Winstanleys living in Winstanley, Pemberton and Orrell. 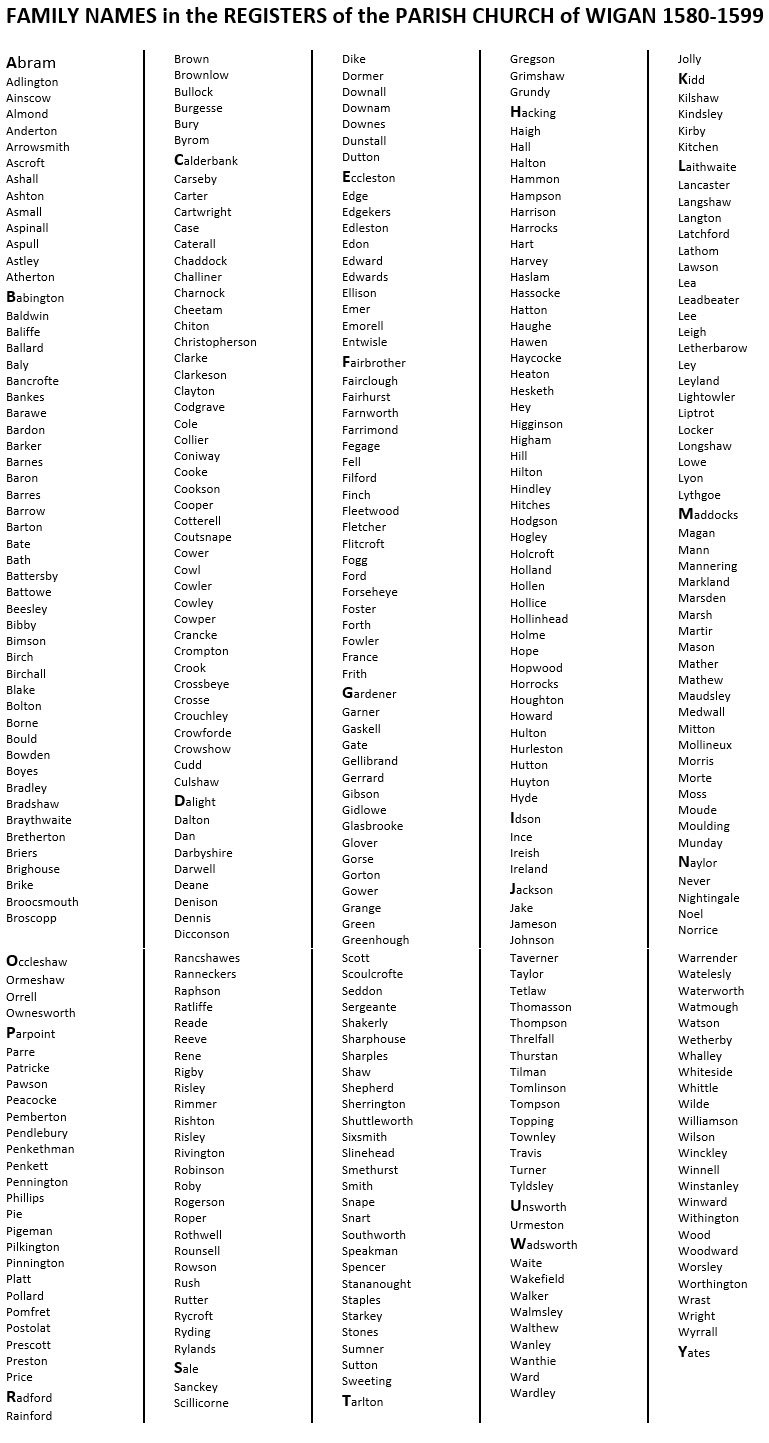 Josiah Arrowsmith (ed.), 1899. The Registers of the Parish Church of Wigan in the County of Lancaster. Christenings, Burials and Weddings 1580 to 1625, printed for the Lancashire Parish Registry Society (Vol. 4) by Strowger & Son, at the Clarence Press and reproduced by Google books.