Opening of the Wigan Council Chamber 1890 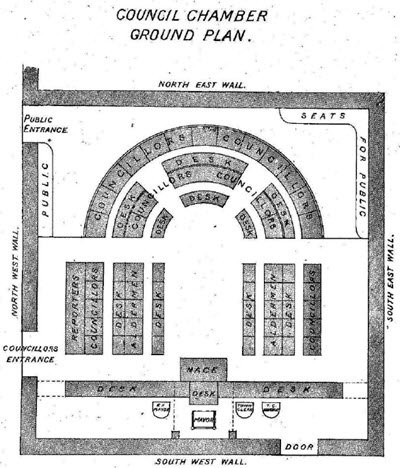 The book - A Decriptive Sketch was produced Henry Tennyson Folkard, Wigan Chief Librarian, to commemorate the Opening. Copies were provided to all attendees.

The sketch also provides a background into locations previously used.

Produced from an original copy owned by Ron Hunt

Recounting the Banquet that followed the opening ceremony.

The Grime family provided the music, also had a business in King Street synonymous with the Grimes Arcade.