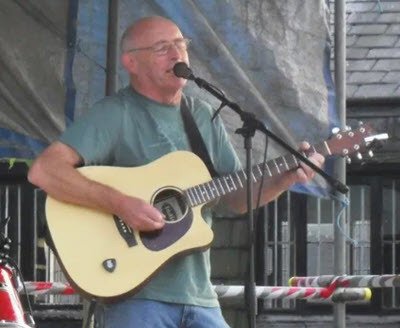 Thanks to one of our members, Ken Scally, for the following:-

The Tunnel Canal and Taylor Pit

Taylor Pit, two miles out of Wigan, Crooke Marina is seen on the right of the canal. The marina entrance was originally the start of the Tunnel Canal an amazing engineering project built in 1806, which ran half a mile towards Taylor Pit before entering a tunnel large enough for a narrow boat to be legged. This enabled boats to go right into the mine to intercept the coal seam. it was last navigated in 1896.

The Walking horse, Maps and resources for the tramway used by the locomotive built by James Dalglish from Clarke’s mine at Winstanley to the canal at Crooke.

The Crooke Hall, a lovely country house which fell victim of the subsidence caused by mining and canals

The John Pit had a long life. Sunk by John Taylor in 1836, it was hidden in woodland in Standish Lower Ground. Connected by rail to both the Leeds-Liverpool Canal and the main Wigan-Preston railway. John Pit closed in 1954 when long tunnels from Standish Hall had been completed

Cotton coal and canals, an extended essay for an Open University Technology course examining the impact Transport and industry had on Wigan’s form, fabric and population from 1800 to 1870

A lovely piece of work on the lost canal from Bottling Wood Colliery to Haigh Foundry by Andy Screen. Access from the Whelley loop line at Plantation Gates, Whelley,  or from the town centre following the directions in the article.

The March to Peterloo (Commemoration) by Ken Scally and Lawrence Hoy

Performed on Sunday 18th of August 2019 at The Old Courts

The story follows a series of related events from 1807 to 1819; The peninsular War, the mechanisation of industry, the combination laws, the Luddite rebellions, and finally the the terrible impact of the hated corn laws on the working people of Britain and Ireland. Which led to the reform meeting at St Peters field Manchester and the resulting massacre by Yeoman Cavalry, Militias and special constables on peaceful demonstrators.Their story is told in song poetry and drama.

Thanks to Wigan Archives for providing some of the images

A brief history of Thomas awarded a Victoria Cross during WW1

The Fee of Makerfield

This pdf The Fee of Makerfield is thought to be an excerpt from a book last published in 1911 A History of the County of Lancaster: Volume 4, Newton in Makerfield. it had been meticulously scanned and converted to pdf from page 83 to 130 of the original print, which would have been the Parish of Newton in Makerfield. The author and or editor? was

William Beamont was an Antiquarian and Philanthropist, and first mayor of Warrington after the charter of 1847. The Orford resident had written or edited 21 books on the history of the town. He played a key role in setting up Warrington Library and Museum in the mid19th century. His name is still linked to schools in the Orford area of Warrington

This excerpt is a wonderful source of information on the towns, townships, and villages of the old county boroughs of Wigan and Warrington

this work was originally dedicated thus.

To the Earl of Crawford, the representative of the ancient Lancashire family of Bradshaigh of Haigh Hall, the head of a great historic Scottish house, the chief of the Lindsay’s; a successful worker in science, and an ardent lover of literature, this little book, dealing with some phases and episodes of the past life of the county Palatine of  Lancaster, is dedicated.

This work has been selected by scholars as being culturally important and is part of the knowledge base of civilization as we know it. This work was reproduced from the original artifact and remains as true to the original work as possible. This work is in the public domain in many nations. As a reproduction of a historical artifact, this work may contain missing or blurred pages, poor pictures, errant marks, etc. Scholars believe, and we concur, that this work is important enough to be preserved, reproduced, and made generally available to the public. We appreciate your support of the preservation process, and thank you for being an important part of keeping this knowledge alive and relevant.

The Brunning of Howfen Mill

The early 1800’s were a turbulent time, Napoleons invasion of Spain in 1807 dragged our armed forces into a vicious war of attrition. This was known as the Peninsular war.

The mechanisation of industry was increased to feed that war. The new technologies were introduced to increase output. The Trade Guilds were hampering this. It would need a state of emergency to remove their power. As the government debated the combination laws the new mill machines were causing unrest and job losses in the cottage industries.