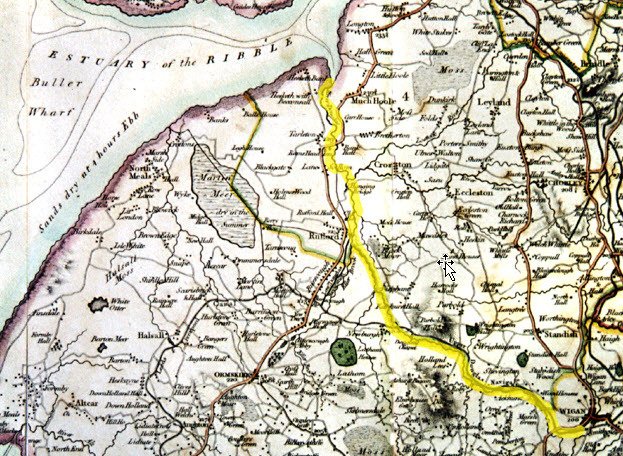 Some reference material on both the Canal and the River.

Route of both the Leeds & Liverpool Canal and the River Douglas with Wigan and district.

A good reference guide when accessing the other documents within this section.

A very interesting document on the history of the River Douglas.

Thanks to Mike Clarke for his permission

Excerpt from Tony Robinson's -Walking through history, covers the journey from Parbold to Wigan.

An interesting article by Andy Screen

The Importance of the Douglas  Navigation on the Development of Wigan

An article, from PastForward magazine by Dr Stephen Craig Smith, son of the old Headmaster at Thomas Linacre School.

Some good images of masted vessels that worked the river.

History & Restoration from one of members Neil Linford

History and restoration of two historically significant dry docks on the Leeds & Liverpool canal that were under threat from years of neglect.

This is an ongoing project involving the Canal and River Trust and local community groups to recover and preserve the features for future generations.

I am the  the Archivist for the group - if you have any further information that you can share on the history of the docks and their employees / activities / customers, or if you have any queries on the projects please contact me via drydock@virginmedia.com

Maps of Parbold Dock through time

Decline, Resurrection and second decline of the Parbold Site

Lathom Dock old and recent photos of the dock

This is the story of the conflict between the Lancaster Canal Company and the early tramway - essential over the economics of transporting coal. The tramway developed by Thicknesse being eventually replaced by the New Springs Branch.

It is an explanation of the apparently redundant leg of the Canal at Top Lock - a section that was built just to force the building of a bridge & incur cost for the railway.