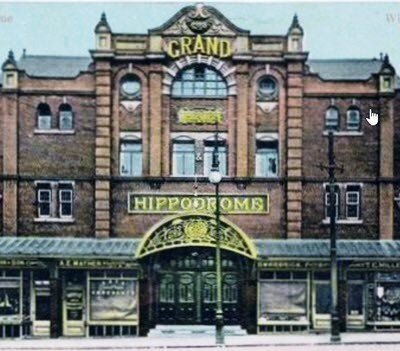 The majority of the King Street "lost buildings" are in the general area between Rodney Street and Chapel Lane.

The image below shows (from right to left) the now demolished King Street Baptist Church, Shakespeare Hotel, Hippodrome, Palace Cinema and the Brewery Arms, behind the Brewey Arms was the site of the Wigan Brewery. 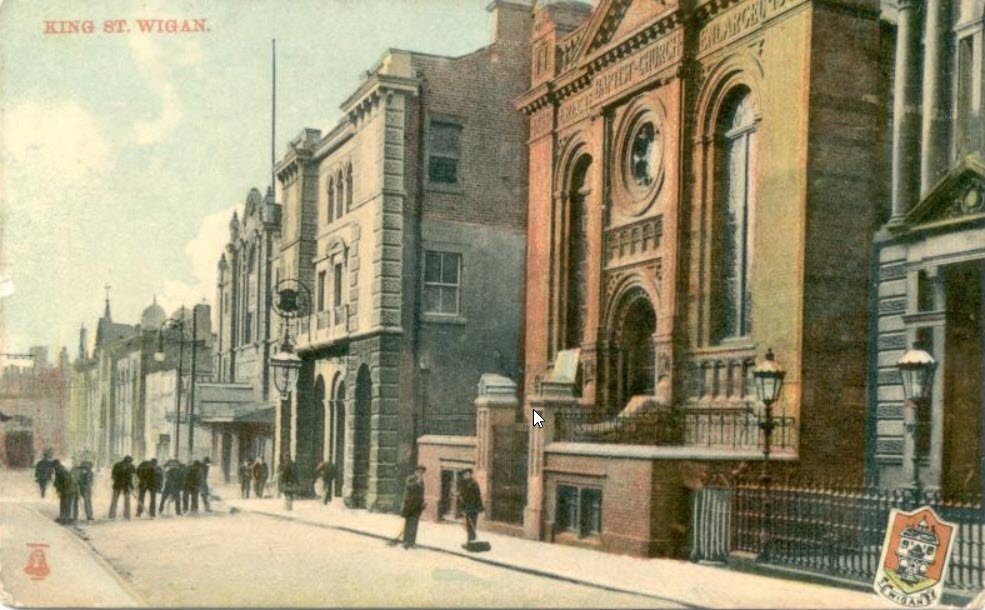 The brewery was founded in the 1780's on the corner of King Street and Chapel Lane. In the prospectus for the auction of the Brewey in 1894 is the following description:-

Probably one of the earliest buildings in King Street - possibly altered at a later date.

Originally a roller skating ring, opened as a cinema in December 1915, with 700 seats. The building was demolished in the late 1950's

The Hippodrome Theatre was designed by Owen & Ward, built for Mr J. Worswick and opened on 7th March 1904 . Refurbished and renovated in 1935. Heavily damaged by a fire in 1956, eventually demolished in 1959 and the land purchased by Lennons supermarket.

The building was opened on 4th May 1894 and closed in Oct 1969. The congregation moved to Scarisbrick St, Swinley.

Link to more information and images

Sir Ian McKellen made his acting debut in the church.

The image below shows (from right to left), Town Hall and the Quadrant Building. 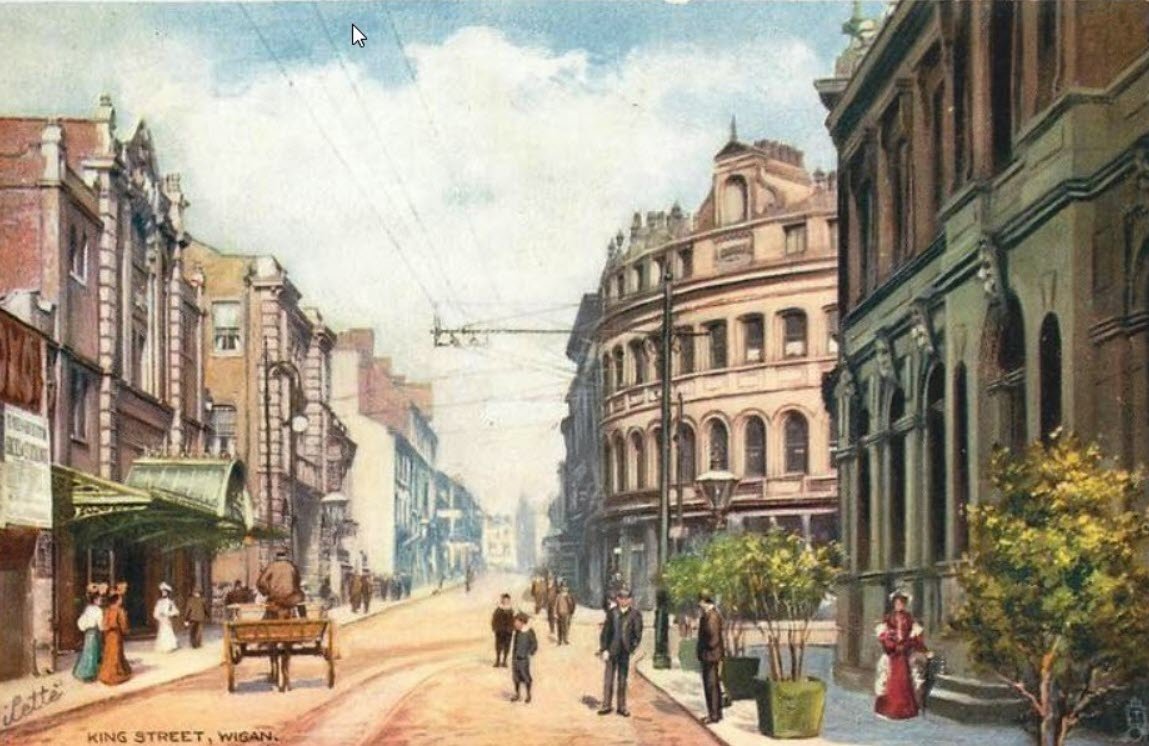 Built in 1868, originally the Borough Court & Offices in the Italinate style to the designs of Nutall & Crook. Also the development included provision for the Police and Fire departments.

Built in 1853 to the deisgns of Mr. R. Lane of Manchester and housed the Mechanics Institute, the forerunner to Wigan Teachnical College, in addition to all manner of meetings, events, lectures, etc. The buildings was put up for auction in 1895. In the early 1900's the buildings was oonverted into a publishing office for the "Wigan Examiner" newspaper. The newspaper closed in 1961 and the building was demolished in the 1970's.

Built in 1866 to the designs of architects, Woodhouse & Potts.  In 1907 the United Methodist Free Church merged with the Methodist New Connexion and the Bible Christians to form the United Methodist Church. Possibly erected in 1854 under the name of Particular Baptist Church?
Further research Information - Link

The Wigan Dispensary was established in 1798. Its aim was to provide some charitable medical assistance to the very poor of the town. It was financed by donations, church collections, bequests and annual subscriptions. From 1801 it had a building in King Street.