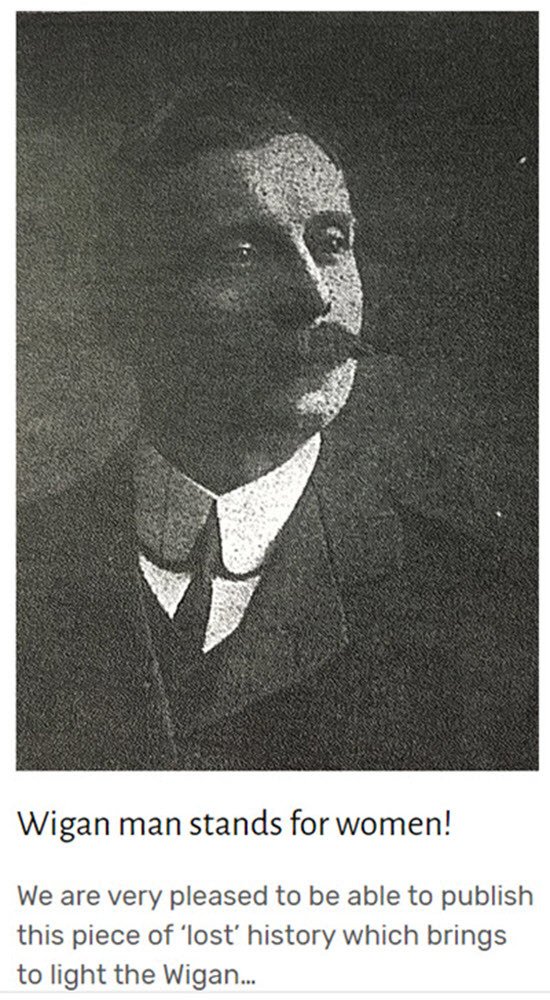 I came across Thorley Smith whist researching Martha Hogg, Wigan's first woman councillor elected to the council in 1920. They must have been great friends, they stood for the same ward and lived very close to each other, as a matter of fact he conducted her funeral in 1933, he was a stonemason by trade but opened his own undertaking business.

I continued to research Thorley Smith and uncovered a remarkable man who campaigned tirelessly for women's suffrage, with connections to Mrs. Pankhiurst and Kier Hardy.

We are very pleased to be able to publish this piece of ‘lost’ history which brings to light the Wigan man, Thorley Smith (1873-1940), who was the first Parliamentary candidate to stand on a women’s suffrage ticket. Supported by the working women of Wigan as well as Emmeline Pankhurst and other big names of the suffrage movement he ran an impressive campaign, as author Tom Walsh, also a Wigan man, notes: ‘He Served his Generation Faithfully’ 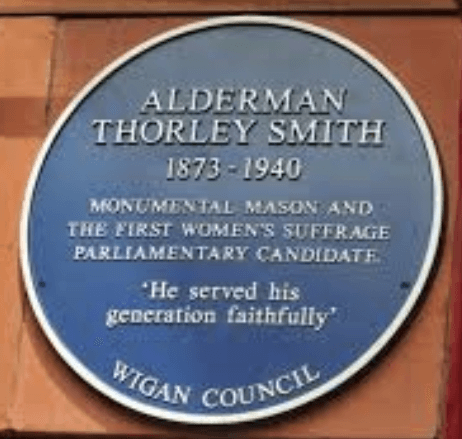 blue plaque dedicated to the

and his remarkable life and work.