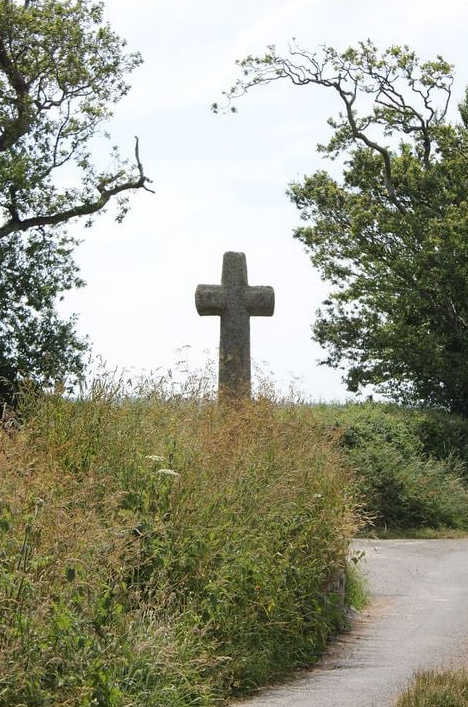 Anyone who has walked up Standish Wood Lane to Prospect and on to Beech Walk at Standish will have noticed a stone block set into a hedge bank on the right hand side between Upper Wood Farm and Strickland House. The fact that a field drain discharges water onto the path at the side of it has led people to believe it was a water trough in earlier times but in fact it is the grit-stone base of a medieval wayside cross. It has a socket hole cut into it in which the shaft of the cross would have sat and a tier of steps leading up to it but neither of these have survived.

Wayside crosses are a type of Christian cross erected during the medieval period, mostly from the 9th to 15th Centuries AD. As well as reinforcing the Christian Faith they acted as way markers pointing travellers to the next settlement on regular routes or providing access to religious sites for parishioners and funeral processions or marking long-distance routes over difficult terrain frequented on pilgrimages.

Over 350 fully surviving wayside crosses are known nationally, concentrated mainly in south west England throughout Cornwall and on Dartmoor. A small group also occurs on the North York Moors. 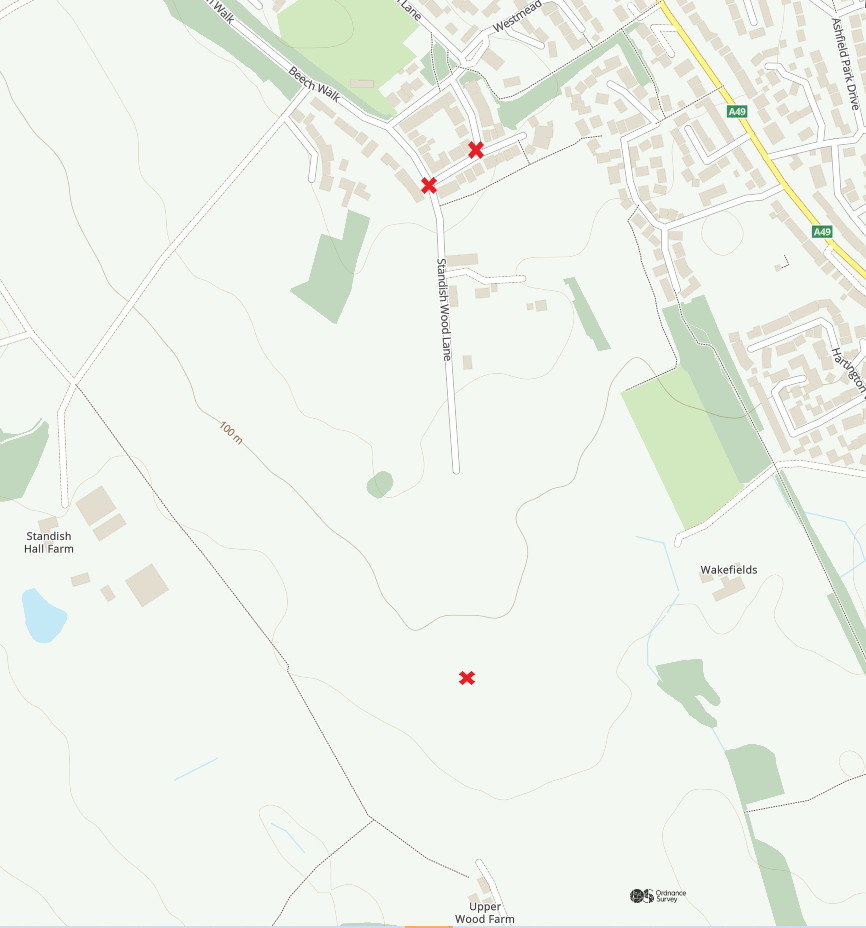 Locations of the three cross bases

The Standish Wood Lane cross is on the medieval route from Wigan to Chorley via Standish. From Wigan town centre the path came up Gidlow Lane then veered off through what is now Beech Hill Estate. What remains of the original route now starts at the lower part of Standish Wood Lane at the junction of Willow Road and Acacia Crescent. It then continues up Standish Wood Lane past Giants Hall Farm, Speckled Holly, Upper Wood Fold and Strickland Farm, then to Standish and beyond.

There are two other stone cross bases further along the route to Standish. The next one is at Three Lane Ends where Standish Wood Lane meets Beech Walk and Green Lane adjacent to Standish Cricket Club. The base is at low level and covered with foliage so is difficult to spot.

The third one is just 150 yards away in Green Lane opposite Westmead but was moved from its original location a third of a mile away, at the junction of Green Lane and School Lane on the A5209 when the area was developed for housing and the road widened. 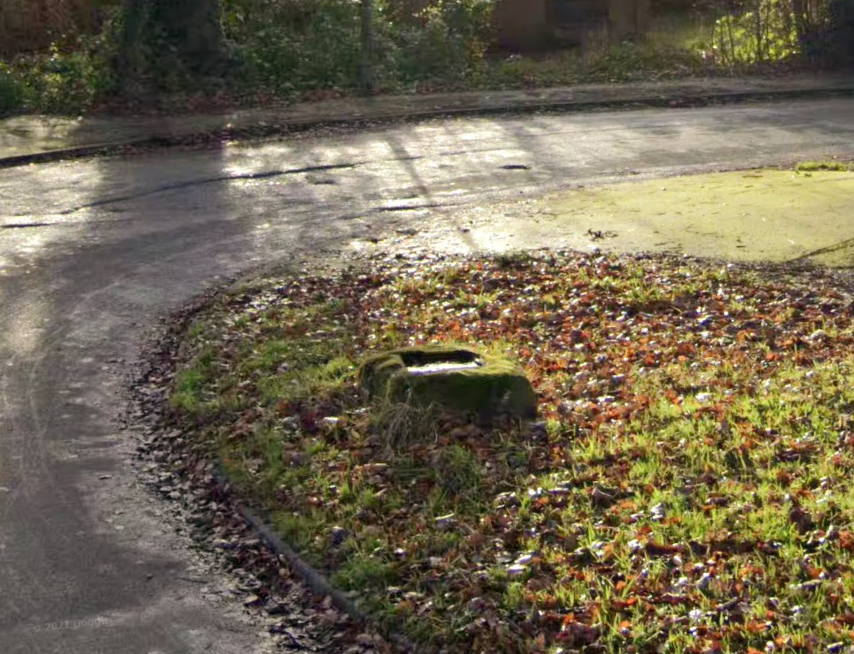 Stone base located in Green Lane opposite Westmead

Historic England has scheduled all three stone bases as medieval monuments and are Grade Two listed. The one at Three Lane Ends was listed on 1 July 1996, the other two on 10 May 1988. Wigan Metropolitan Borough has twelve scheduled ancient monuments of which the cross bases in Standish are but three.

Note: The photo of the intact wayside cross at the top of the page is from another part of the country but demonstrates what foot travellers would have seen on their journey between Wigan and Standish.