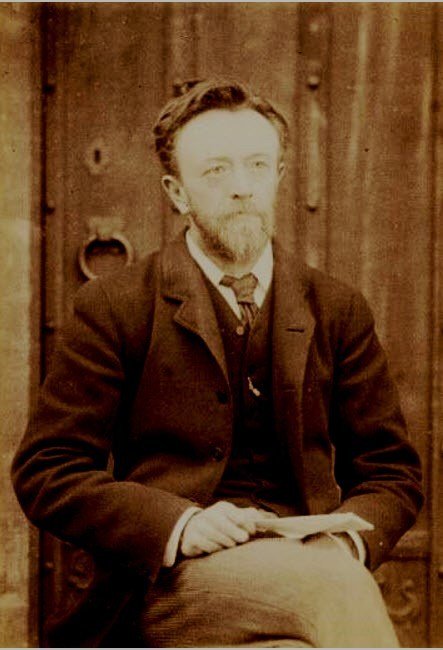 Whilst researching the history of Wigan Cricket Club (WCC) came across Walter Parratt. Walter was the organist at Wigan Parish Church from 1868-1872. The Wall brothers, sons of Thomas Wall (founder of the Wigan Observer) and were all members of WCC and the parish church choir. It is very likely they convinced him to play cricket for the club. During his 4 year stay in Wigan he lived at 19, Clifton St and periodically played for the cricket club.
On leaving Wigan he held various prominent positions in the world of music and was knighted in 1892. He was also Master of the King's/Queen's Musick from 1893 - 1925, serving under 3 different monarchs.

One of his  successors was Edward Elgar famous for his Enigma Variations music.

His ashes are interred in St. George's Chapel, Windsor Castlle