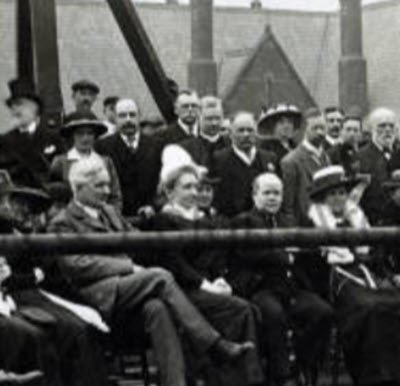 After various nursing positions in London, Glasgow, Bradford and Carmarthen, Kate was appointed as Matron of Wigan Infirmary in 1890. 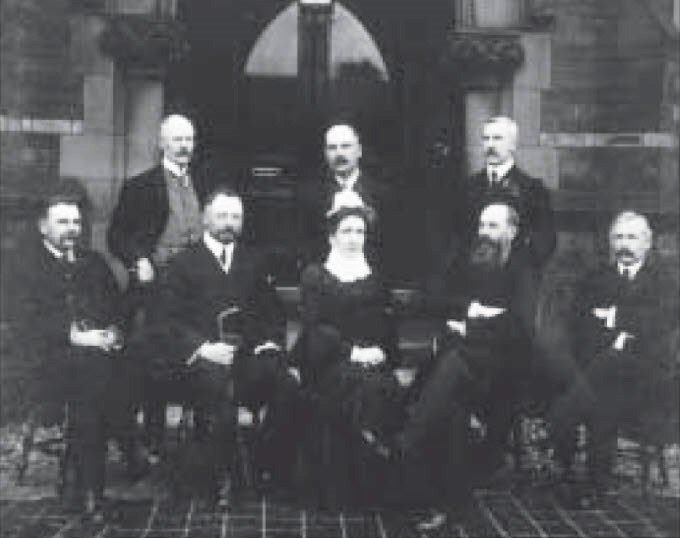 Kate & the Surgeons c1890In 1890, she recruited her cousin Emily Elizabeth Fletcher (1871-1921) born in County Tyrone, Ireland to train as a nurse at the Infirmary during a staff shortage. Emily became Assistant Matron in 1910.

Both Kate and Emily joined the Territorial Force Nursing Service (TFNS) in 1914, Emily serving until 1919, Katherine until 1921.

Nurse McIntyre was active in the local life of Wigan and worked and wrote in continual support of the 'Pit Brow Lasses' continuing their work in the Wigan coal mines, after the government wished to end the practice.

Both Kate and Emily were awarded the Royal Red Cross 1st Class. 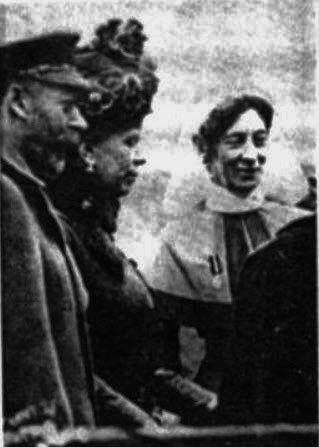 In 1917 Nurse Macintyre retired due to ill health, below is an extract from the Journal of Nursing - 13th Jan 1917.

On the occasion of her resignation from the Matronship of the Royal Albert Edward Infirmary, Wigan, which post she has held for the last twenty six years, Miss KV Macintyre was presented with a beautiful ornamental mahogany bureau, and by the domestic staff with a handsome piece of silver plate. On completion of the twenty first year of her Matronship Miss Macintyre was also presented with a silver tea service and a bracelet by a large number of her former Sisters and nurses and she will be followed in her well earned retirement by the good wishes of the many nurses whom she has trained during her long career.

Miss Macintyre retired to Hunters Quay, Dunoon and died in 1930 age 80. Tributes were paid in 'The British Journal of Nursing' :

"..we have a very great regard for her sterling qualities and a fine courageous spirit as well as of her success as head of a Nurse Training School. She was a pioneer in the movement for State Registration of Trained Nurses.. "

In 1931, three stained glass windows were installed in the Chapel in her memory, as an appropriate memorial from her friends to one who loved the chapel so well.

The windows were designed by Messrs. Shrigley and Hunt of Lancaster, at a cost of £130 and were unveiled by Mrs. E Lawrence, nee Rawcliffe, of Grasmere. The Rector of Wigan, Canon C C Thicknesse and other dignitaries were also in attendance.

Many of the nurses who trained under Miss Macintyre travelled long distances, from the North of Scotland and the Southern Counties, to attend.

The window to the right, St. Barnabas, has an inscription from Ambroise Paré, a French surgeon  “Je le pansai, Dieu le guerit” : “I dressed the wound, God healed it"

The middle window, IHS, has the inscription  "Misit verbum suum, et sanávit eos" : "The Lord sent his word, and he healed them"

The window to the left depicts  St Luke  with the inscription "Non nobis domine, sed nomini tuo da gloriam", which translates as "Not to us lord, but to thy name let the glory be given"

At the same ceremony two painted altar vases were also presented to the Infirmary in memory of Emily Elizabeth Fletcher, the vases inscribed 'E E Fletcher 1902-14'.