Centenary of the Wigan Coat of Arms 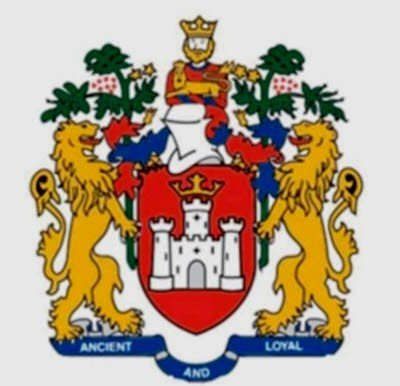 April 8, 2022 will be the centenary of Wigan being granted its famous coat of arms. Wigan Local History and Heritage Society (WLHHS) is pleased to celebrate this milestone.

On that day, The Armorial Bearings and Supporters of the Mayor, Aldermen and Councillors of the County Borough of Wigan granted a coat of arms to Wigan. Francis James Pagett was Mayor. In the same year Wigan Rugby League Football Club (Wigan RLFC) won the Rugby League Championship and players received a £5 bonus. Harry Lowe was Chairman. Jim Sullivan joined Wigan the same year. 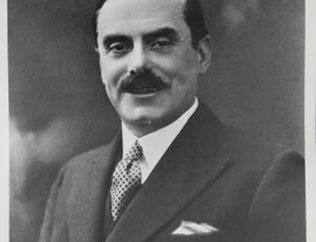 The coat of arms shown is one of only about half a dozen made for the 1922 ceremony. 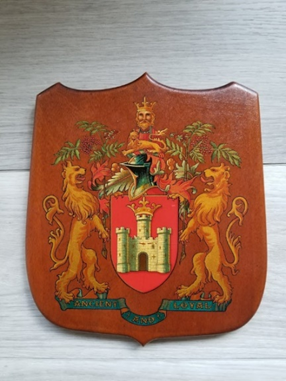 The motto is “Ancient and Loyal” and the design incorporates several elements from a number of ancient seals dating from the twelfth century. The motto stems from an epithet originating in the 1663 charter of Charles II, which described Wigan as an “ancient borough” and noted its “loyalty to us”.

Mr. Arthur J. Hawkes, Wigan Chief Librarian, wrote that Wigan is not only the oldest borough in Lancashire, it is one of the oldest in England. Town liberties or borough rights existed in England in Anglo-Saxon times, several centuries before the Norman Conquest. Places like London, York, Winchester, Norwich, etc., are known from records to have exercised these privileges, and it may properly be inferred that Wigan also enjoyed them. In the report of the Norry King of Arms in 1613 it states that "the towne and bourrough of Wiggin was antiently Incorporated by the most noble Kinge, Kinge Hen, the first in the first yeare of his raygne" (i.e., 1100) - a certified copy of which document is in the Wigan Public Library. Under William the Conqueror, the borough privileges were restricted, but on the accession of Henry I they were largely restored by virtue of his great coronation charter of liberties. The liberties of individual towns were restored or confirmed by special charter, some of which are extant. If we can rely upon the report of the Herald in 1613, Wigan was one of the first boroughs to be so restored. Following this we have a long series of royal charters, mostly still extant, some containing special marks of royal favour, which charters will be detailed in the next nu

Mr. J. Paul Rylands describes the coat of arms as "perhaps the very best of all Lancashire town arms, for it might, heraldically, belong to the Middle Ages, and is indeed symbolic of antiquity and loyalty." It is certainly a very privileged coat of arms, as few if any coats bear so many symbols of royal favour. - indeed, the incorporation of royal insignia into armorial bearings is jealously guarded and usually proscribed by the court officials. In Wigan's coat of arms there are (1) A King's Head, crowned, (2) the Royal "Leopard" (or "lion couchant guardant"), (3) a Mediaeval royal crown, and (4) the Supporting Lions. The King's head in the crest officially represents no particular king, in the words of the Rouge Croix herald (in whose hands the design took shape); it is intended "to be a conventional likeness to an early English Monarch." It is actually modelled on the portrait of King Edward III., but from the point of view of the town it symbolizes especially King Henry I. On Wigan's earliest town seal - probably the twelfth century - there appears to be a towered or castellated gateway over the centre of which is depicted what seems to be the crowned head of Henry I. These devices therefore, are taken as the chief symbols of the new bearings, the towered gateway becomes a Norman castle and the King's head becomes a crest - indicating Wigan as a town of consequence and royal patronage at the opening of the twelfth century. The royal lion, again, marks another important period in Wigan history. Edward III., by a charter of 1350, granted Wigan the right (with several other towns) to use a royal seal known as the "King's Recognisance Seal," on which was figured the King's head and the royal lion. The Somerset Herald expressed the opinion that as none of the other towns had made use of the King's permission by adopting the figures in their arms, Wigan could with propriety include them, and his view prevailed with the Chapter of Heralds.

Wigan's ancient importance has been thereby recognised, the lions giving the distinction to a highly dignified and privileged coat of arms. There is a final feature of unusual interest. The branches of the mountain ash held in the lion's paws add something to the conventional "mantling" or flowered scrolls which usually ornament armorial bearings. The design of the floriation is usually a matter for the artist and without heraldic significance. But in the case of Wigan's arms, the mountain ash, known in the northern dialects as the Wiggin or Wigan Tree, forms a "rebus" or pun on the name of the town, and has the advantage of giving further symbolism to an already significant coat. The rebus has tradition behind it, for the Wiggin Tree is a conspicuous feature of several of the town's mediaeval seals.

The coat of arms in Image 2 is hand crafted and embossed on mahogany. My uncle, Norman Massey, gave it to me in 1979. Norman married May Parkinson, my mother’s sister.  The Parkinson's lived at 182 Enfield Street in Pemberton.

Norman’s father, William Massey (b. 1877), was the eldest of three Massey brothers (with Isaac and Thomas). In 1904 the Massey Brothers formed a partnership, Massey Bros., to carry on business as timber merchants and building contractors in Pemberton. The business flourished and they built the Carnegie Library in Ashton -in-Makerfield, mills, cinemas (including the County Playhouse and the Pavillion in Wigan and the Queens in Pemberton), houses, greenhouses and over two thousand bodies for buses, trucks, cars and hearses. In 1920 Massey Bros. bought the Wigan Corporation tramcar repair depot at the top of Enfield Street and turned it into their coach works. In 1922, the Massey brothers were prominent businessmen in Wigan and held in high regard. Their business premises were in Farrell Street, off Enfield Street, Pemberton.

In 1911 Isaac Massey married Elizabeth Taylor at Mount Zion Independent Methodist Church at the top of Enfield Street (Photo 3), now the home of Pemberton Old Wigan Bands.  From left to right the men are William Massey, Isaac Massey, Tom Massey and Tom Taylor. Tom Taylor was Elizabeth’s father and his son Joe was a well-known Director of Wigan RLFC who signed Billy Boston in 1953. The Taylors operated a furniture making business near Massey Bros. coach works and undoubtedly were connected closely to the Massey brothers. 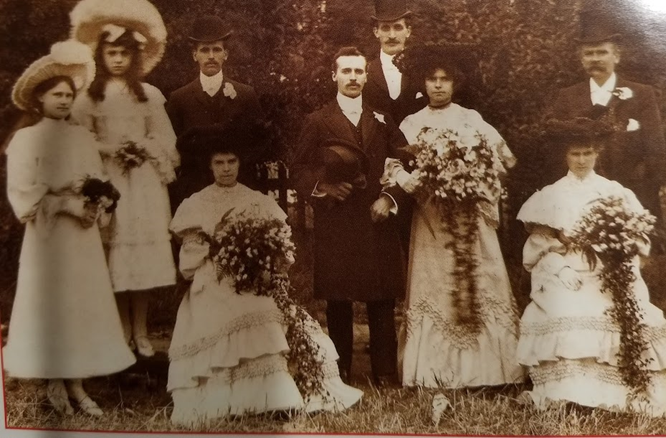 My grandad, John Winstanley of Tunstall Lane, was a miner at Blundell’s Collieries and played cornet for Pemberton Old Band when they won the prestigious title of British Open Champions in 1903 playing a selection from Elgar’s Caractacus suite. In January 2022 I donated the 1922 Coat of Arms to the band for display in their Mount Zion band room in memory of my grandad. I was brought up on Highfield View and have lived in the USA for 40 years.

Mr. George Fairhurst, Chair of the Trustees of Pemberton Old Wigan Brass Bands, was told that three groups were authorized by Wigan Council to formally adopt and display the coat of arms: Wigan Corporation; Wigan RLFC; and Pemberton Old Brass Bands. The image below shows the Wigan coat of arms used proudly by Pemberton Old today. Wigan Athletic Supporters club state that the first badge used by the club, founded in 1932, was the full 1922 Wigan Coat of Arms and this was changed when they joined the League in 1978. I have asked Wigan Athletic for early photographs. 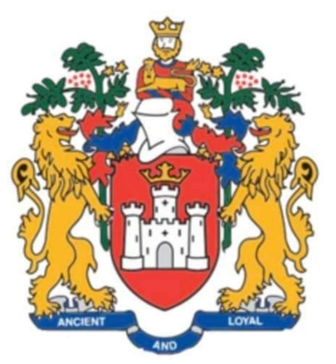 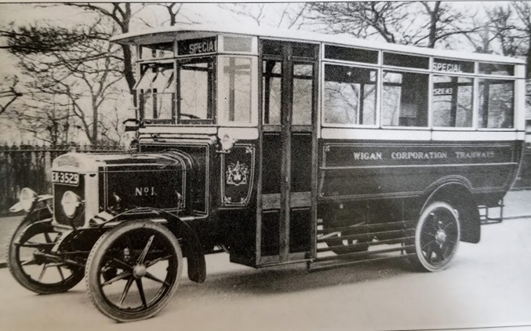 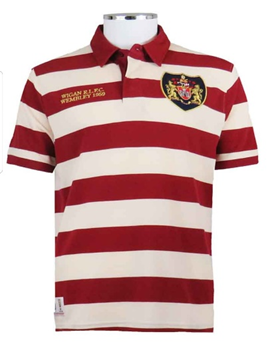 A Wigan RLFC rugby ball below(upside down) signed by the great Billy Boston. 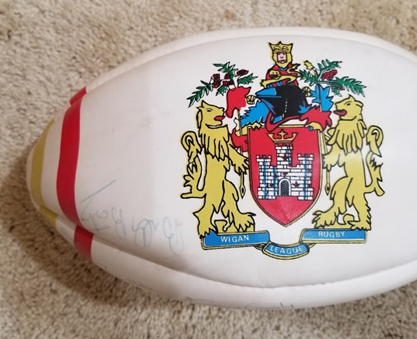 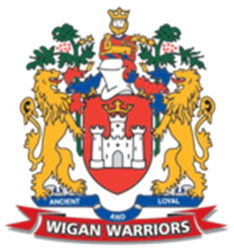 In 1974 the College of Arms granted a new coat of arms to Wigan Metropolitan Borough  which incorporates several communities in Greater Manchester. 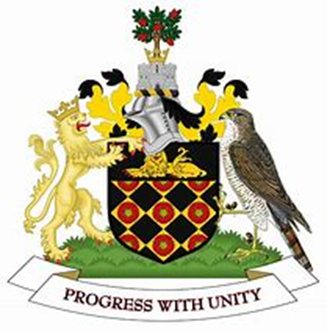 Many Wiganers remain “Ancient and Loyal”. I display a badge of the Wigan Coat of Arms on the grill of my pickup truck 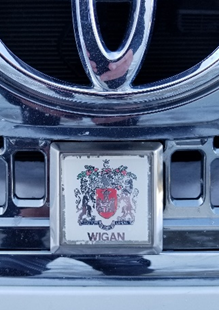 Coat of arms of Wigan – Wikipedia