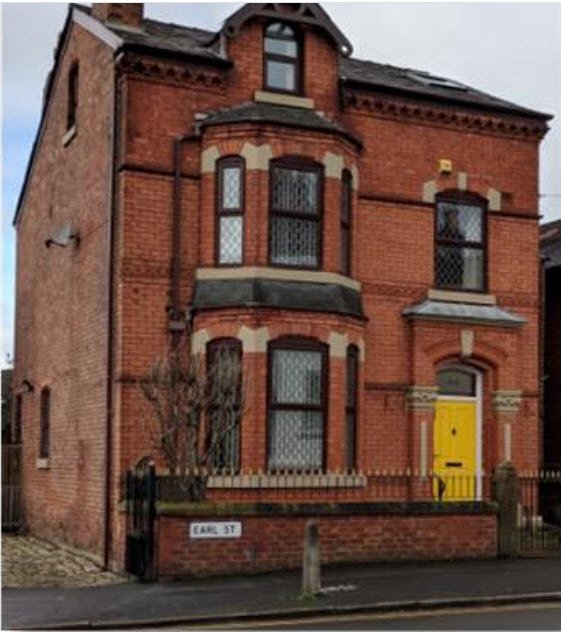 Many of us walk past buildings like this every day, but do you ever wonder about the people who may have lived there before, and what stories they could tell?
Over 100 years ago, during the time of the First World War, tens of thousands of Belgians were forced to flee when their country was over-run, many came to Britain to find refuge, and within two months of the declaration of war, approximately two hundred thousand Belgian refugees were in Britain.
They were usually welcomed by the local dignitaries and cheering crowds, perhaps a band would play, and sometimes there was even a civic reception.
They were then received and settled by women's organising committees, who allocated them to willing hosts.
Wigan was no exception, and generous Wigan people warmly welcomed the Belgian refugees, as reported in the local press:

“On 15th October 1914 the first Belgian refugees to be cared for and housed in Wigan, arrived by train from Liverpool.
The group comprising of 5 families with ten adults and 8 children, from Lier near Antwerp, received an official welcome from the Mayor, Mayoress and other dignitaries.
The party then passed through a large cheering crowd to a horse drawn vehicle decorated with English and Flemish flags.
The crowd followed the wagonette up Wallgate to their new home at the corner of Earl Street and Upper Dickinson Street where they had a substantial evening meal.”

I wonder what stories those Belgian refugees could tell of their time spent in Wigan, I wonder if any of them decided to settle here permanently after the war had ended?
I wonder how many more buildings in Wigan have interesting stories to tell ...
This is what local, social history is all about, it’s not about remembering the dates of kings and queens and battles, it’s about real, everyday people and buildings, which all help to form the rich heritage of Wigan Borough.
If you know of any, we’d love to hear from you, please don’t hesitate to get in touch and share these with us.