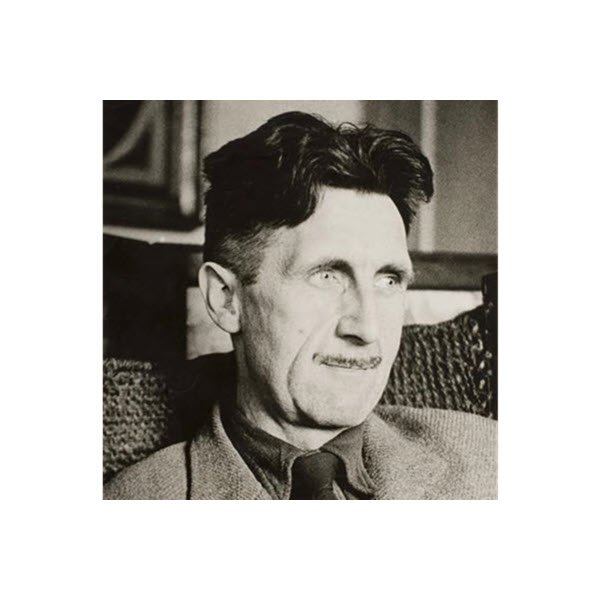 It is often said that a book is immortal, how very true in the case of ' The Road to Wigan Pier ' the people of of Wigan know the truth of the saying to their cost.  Wherever you travel in the world and you mention your place of birth it often becomes the topic of conversation . The book has done untold damage to the town since its publication in 1937 and that harm will continue because of  books longevity. He claimed to like the people of Wigan, God knows what he would have written if he hadn't. The book will hang like an albatross round Wigan's neck for decades if not centuries to come.

On the 75th anniversary of the publication of the book The Wigan Observer carried  a special feature.  I was fortunate enough to be invited to contribute, mine was a very harsh critique .

Quentin Kopp from the Orwell Society fought Orwell's corner. At an event at Museum of Wigan to commemorate the anniversary, I pointedly didn't say celebrate ; Mr. Kopp seemed less that pleased with my criticism of the work , I think it would be fair to say 'if looks could kill ' however I was and still am firm in my assertion that Orwell came to the north with an agenda and we're told with a retainer in his back pocket.

My criticism was not of his writing, he is an outstanding descriptive writer and the chapters regarding coal mining were of great significance, and brought the terrible working conditions to the attention of the nation ;  because of renewed interest in Wigan's  mining history  created by the Mining Monument (situated next The Town Hall) I decided revisit  the book , to see if I had been unfair in my opinion that his description of Scholes and Wallgate were largely exaggerated to the point of being biased in the pursuit of a good story ; I've often heard the maxim "Don't spoil ,a good story by telling the truth " that saying seems to me to encapsulate my feelings exactly.

I must say that on rereading or should say listening again,  on ' Audiobooks ',  incidentally , many are free including this one . I can  recommend this method of 'reading by ear ' , particularly helpful to me as I'm a slow reader and can easily lose concentration, this is not a problem with the spoken word . However back to the subject at hand . In chapter 4 he speaks of back to back houses and reports he was told during his research of 36  people sharing a lavatory , this not aimed at a Wigan in particular I should add  ,he doesn't identify which town. To be fair to Orwell he says a miner told him, and he doesn't know if this is true ; why then included it ,in a book that claims to be factual ?

He speaks of' back to back  houses ' frequently , and for clarity  I ought to point out there were few if any of these dwellings in Wigan , we had hundreds possibly thousands of terraced houses where the back yards came 'back to back ' these are not the same animal . Houses of that description - share party walls on three of their four sides, with the front wall having the only door and windows , this may seem a trivial point but as  many in Wigan use this  terminology for the latter ;hence I think it right to highlight the difference lest people draw the wrong conclusion , easily done as in the early chapters  the book goes from town to town . I say report because this is how the format of the first part of  work is purports to sound . The book has had a world wide readership and of course most will see it as a report with facts and figures to be trusted .

I was born 8 years after the book was published so obviously have no recollection of the period itself .However I was born in Scholes as were my parents and grandparents . On first reading the book at about the age of 13, I took it on myself to to ask questions from my extended family , I can assure you not one had a good word for Mr Orwell , they felt betrayed by someone who had gained the trust of many people from all over the north , they now see as an interloper from the south who damaged the reputations of many northern towns none more that Wigan because of the tittle he chose for what I consider a biased and unfair depiction of my town .

I do not argue there was not great poverty in some areas , of course there was ,that cannot be denied . Many house were unfit for habitation that is also true ; but  I do take issue with his betrayal of the cleanliness of the dwellings , I have no doubt there were houses as he describes but they would be in a tiny minority , a minority he sort out diligently to suite his paymaster Victor Gollancz. The vast majority of the houses were in need of repair and many demolition is also a truism but they we're spotless women mopping their steps on a daily basis even an oblong of the pavement .

I think I can best show how unfair the book is by an article in The Wigan Observer ,13th March 1937,  the same month as the publication of the  book . The  article reports that Mr. Bennett the Director of Education for Wigan being interviewed on the wireless ' The National Programme ' the woman announcer who introduced Mr. Bennett to the microphone paid this tribute to Wigan - I paraphrase . ' As you approach Wigan , the traveller will be shocked and surprised as he draws near  to what must be to south countrymen the most fabulous of all northern towns . For you comes into it through suburbs filled with thoroughly good modern houses. Non-looks jerrybuilt all suggesting an air social content

No Lancashire can show  as many well built small houses as can Wigan on it eastern side indeed there is nothing about Wigan that looks  as those as  it had fallen into decline. Wigan is not a cotton town though a certain amount of cotton is spun and woven there . It is a colliery town , the difference between a colliery town and a cotton town is the coal pits are kept well away from the town centre  whereas as cotton mills are always protruding themselves into the very heart of the towns of their choice.

The centre of Wigan  is very attractive it's  shops are made  out of old  black and white timber houses. The centre Wigan is still further dignified by  it's magnificent Parish Church and the Market Place  adjoining it.  Altogether the face of Wigan is  anything but what a musical hall  comedians suggest .it isn't a place where the collier beat his wife is a matter of course every Saturday. There are many things in which Wigan is a shining example to all the Lancashire boroughs ; I am sure there is an amount of hyperbole in her comments but what 'she has said she has said !'

Can these two observations possibly be of the same town  ? I don't try to expunge the poor housing conditions in Scholes and Wallgate in 1936,  but fairness demands that if you are to give a balanced view of a town , you should show some of the good side too ! As Cromwell said ' Paint me as I am warts and all.'  The  programme didn't seek  gloss over Wigan problems ,on the contrary . In Mr Bennett's address he mentions the high unemployment in Wigan , he says there were 11, 000 children of school age and confronts free school meals issue for some children.

The woman announcer , ( the article doesn't give her name) entered Wigan from Chorley coming through Standish and presumably Wigan Lane , and I imagine left by the same route ,  consequently didn't see the poor housing conditions in Scholes and Wallgate .I can not but think  had she visited these areas her judgment would have been more merciful and considered than that of Orwell .

This programme was not broadcast as a rebuttal of The Road to Wigan Pier it was a coincidence that it was broadcast during the same month as the publication of the book . Talking of rebuttal , I in my own tinpot way have written a rebuttal. The last chapter reads - I hope that some of the contents in this book lead readers to look at my home town with fresh eyes (mine) and in so  doing see through the mist of bigotry and misinformation deliberately peddled  by a one-time police officer from Burma, today I think it would be described as 'fake news' .  I may seem to have been dilatory in taking up the cudgel to right a wrong that incensed me on first reading it almost 60 years ago at St John Fisher Secondary Modern School , but is no less heartfelt  for the delay. I hope I have  managed to portray my love for Wigan ,to show why I have been moved to put pen to paper, or more correctly finger to i pad . You see for me WIGAN has no PEER !  I

To  say book , in truth it's a collections of articles many of which have been published in The Wigan  Observer and it needs serious editing and refining .if any reader would like to have a copy , in the raw , so to speak, go Wigan Local History and Heritage Society - Resources .

Although I seem to have upset George Orwell's devotees and in danger of doing so again . I'm not alone in criticising the book , The Manchester Guardian for example carried this review -' Set down in Wigan or Whitechapel Mr Orwell would still exercise an unerring power of closing his vision to all that is good in order to proceed with his wholehearted vilification of humanity.' I  would remind his devotees of his passion for freedom:  one of the quotes attributed to him

" Intellectual honesty is a crime in any totalitarian country; but even in England it is not exactly profitable to speak and write the truth.” and another " Freedom of speech is real " . If he has the right to that freedom , then so have I . I imagine he would defend my right to it , at least I hope he would !

Wigan Wallgate Station War Memorial
Humphrey J.G Walmesley of Westwood House, Ince, Wigan
The use of maps as an aid to historical research and the history of the Ordnance Survey
Comments