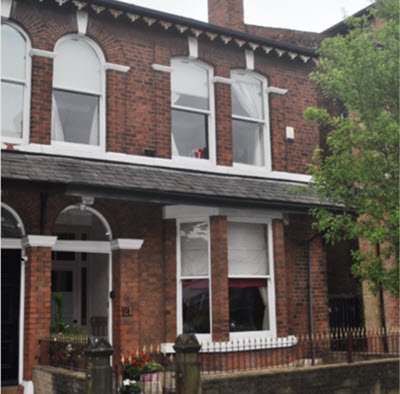 William Hesketh Lever, later Lord Leverhulme, undoubtedly controlled one of the biggest industrial empires in the late 19th century, with his Sunlight soap brand having a strong thread within the lives of many in that time period, but why did he live in Wigan for 7 years, between 1877 and 1884, more specifically 21, Upper Dicconson Street.

William’s father, the founder of the Bolton based Lever Wholesale Grocery business, was very strict with William showing no nepotism in regards to business, holding him to very strict ideals when it came to William’s strive to progress within the family business, specifically as a salesman.

Eventually he persuaded his father to appoint him as a salesman covering the Westhoughton area. One afternoon William had completed his round early and being ambitious he set his pony and trap towards Hindley. Small orders were placed by several shopkeepers and provided the impetus to extend his travels to Ince and eventually Wigan. Business in Wigan continued to grow and became a business enterprise of its own, controlled by William.

William clearly had a distinct eye for business however, with him proposing a plan to his father about how he transported his good around the Wigan neighbourhood, with them “paying railway carriage from Liverpool to Bolton, then having to pay extra costs carting it back again to Wigan. We had better have a place in Wigan”. Even William’s cautious father could see the sense in this, which caused the acquisition of Ormerod and Company by the Lever family, this was also partially due to the Lever’s taking most of their trade from them.

Whilst developing the Wigan branch, the idea of spending several hours commuting back and forth to Bolton did not appeal to William encouraging him to rent a house in Wigan, specifically 21, Upper Dicconson Street where he spent Monday to Friday, returning to his wife, Elizabeth, on the weekend. He was to spend 7 years at Upper Dicconson Street from 1877 and 1884. 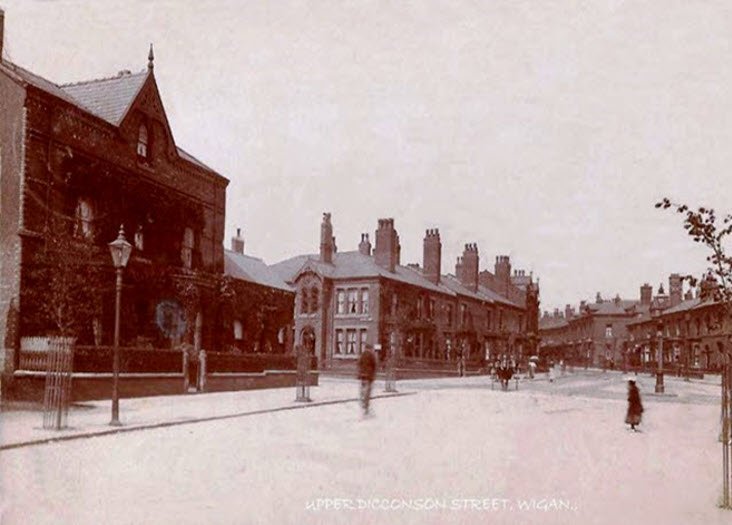 Upper Dicconson Street was developed in 1860’s and I870’s, primarily for the business and professional classes so William would be a welcome neighbour. The house was ideally situated for William to travel to his business premises initially at Church Gates, 28 Wallgate and then his future imposing building at 42, Market Street. On his walk to work he must have been impressed by the developments in the town, the new Market Hall, Mesnes Park, and other buildings springing up in this part of the borough.

Whilst the wholesale grocery business continued to grow and William, ever the entrepreneur, started to experiment into the making and manufacturing of soap at the Wallgate premises. The use of ingredients, such as glycerin and vegetable oils, palm oil, rather than tallow, to manufacture soap, he produced a good, free-lathering soap, called Sunlight Soap. The final ingredients were a mixture of coconut or palm kernel oil, cotton-seed oil, resin and tallow. William had now produced a quality commercial and saleable soap product.

It would be around this time that William left Upper Dicconson Street, having acquired premises in Warrington capable of producing his soap on an industrial and commercial scale. 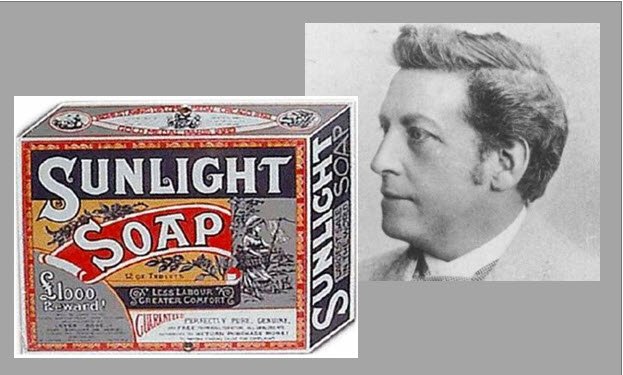 During this period William, along with his brother James, continued to own the Lever Grocery business from its prestigious building in Market Street, adjacent to the Queens Hall. This business was managed by W.H.S Taylor on behalf of the brothers. 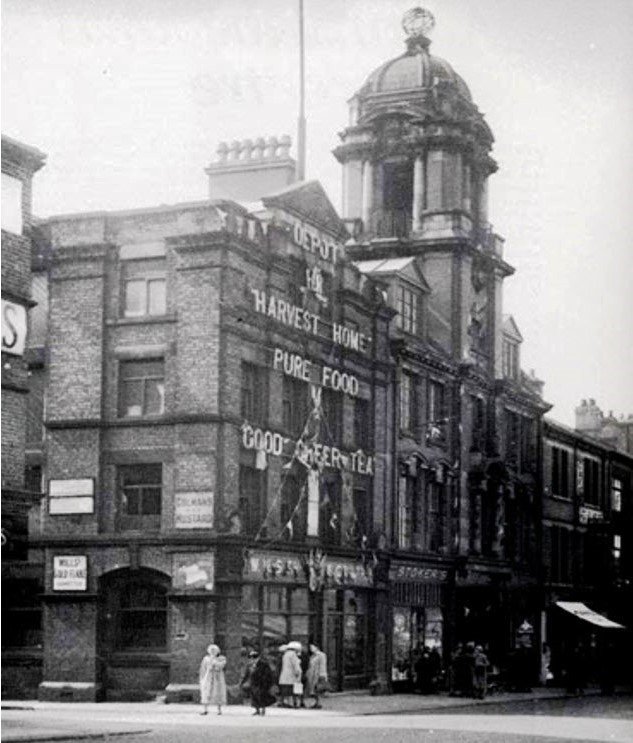 In 1887 William and family decided to convert the business into a Limited Company, 6,000 shares were offered at £5 each. The business in the Prospectus was described as the largest wholesale grocery company in Lancashire. The family still retained some of the shareholding.

To celebrate the conversion of the company into a limited establishment the workers were entertained to Tea at the Market Hotel. William displaying his philanthropic nature announced that one month’s salary would be given to all those who had been with the company for more than 12 months, and a week’s salary to those who had been with them for a less period. The Lever family still retained a substantial amount of shareholding and a few months later, the new company acquired the Bolton business that Williams father had founded.

W.H.S Taylor became the Managing Director and would subsequently take the majority shareholding and rename the company in his name in 1898. Thereby ending the momentous relationship between William Hesketh Lever and the town of Wigan.

William’s evidence in a libel case against Lord Northcliffe’s Daily Mail in 1901.

“In 1877 I started a branch grocery business in Wigan. In 1884 I began at Wigan to develop soap products, with production at a small works in Warrington, removing in 1889 to Port Sunlight” ……

and as they say, the rest is history! 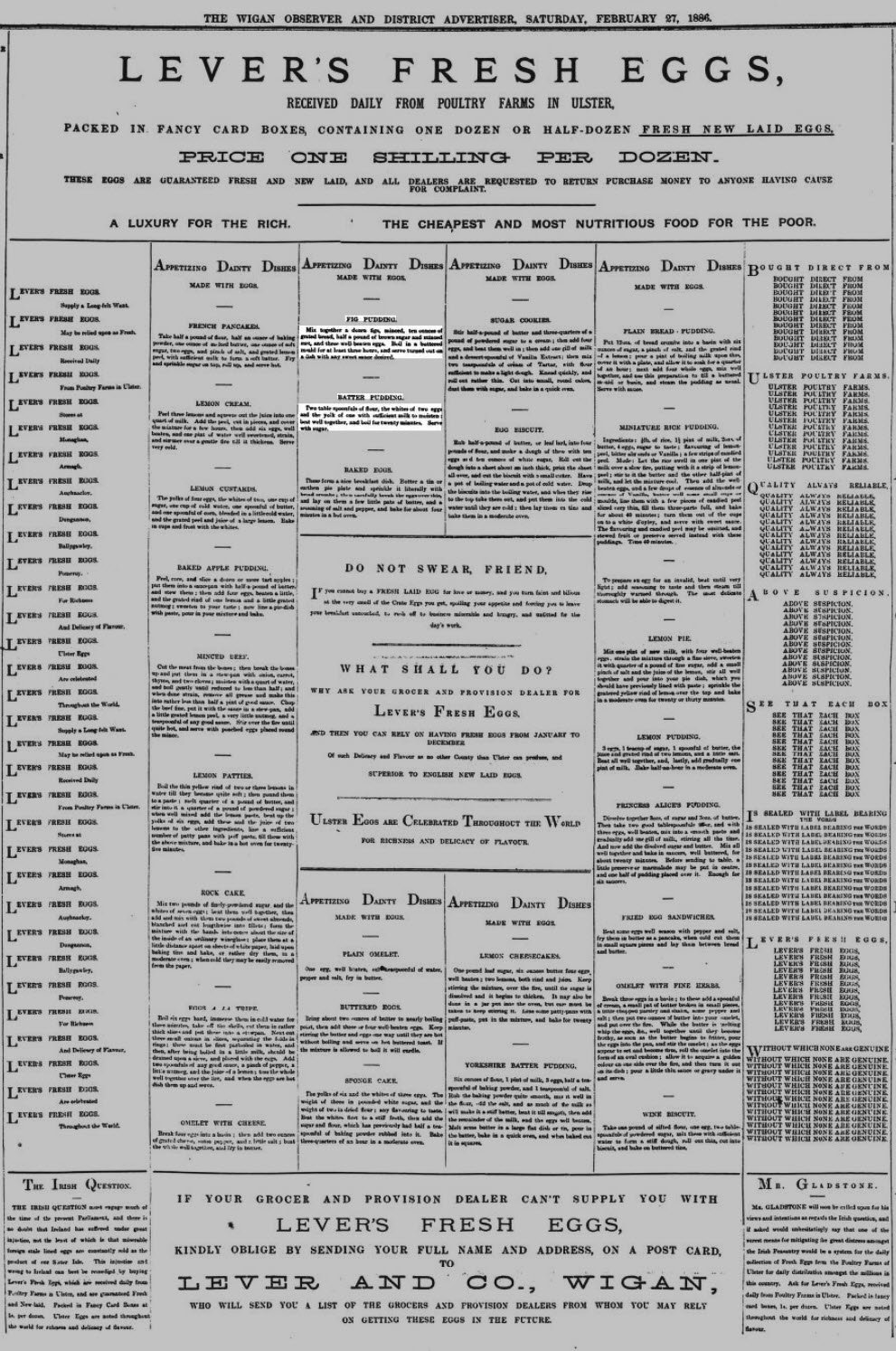