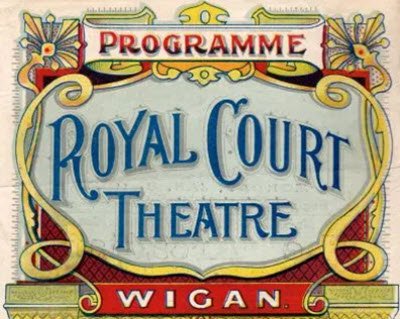 Built in 1886, The Royal Court Theatre in Wigan was a truly magnificent addition to the landscape of Victorian Wigan. A bold and proud structure in the heart of the working class hustle and bustle, this deceivingly large, beautiful building played host to the highlights of the day. Entertainment served as a treasured reprieve from hard work and a hard life as Wigan town centre became awash with fascinated theatre-goers desperate to be entertained. The Royal Court Theatre quickly gained faithful support and played more than its part in cementing our town as a stop off for both established megastars and rising talents of the day. In double quick time, packed out nights of as many as 3000 became common place. Imagine the electricity and anticipation as the show began, granting the impressionable audience an hour or two to drift away, free from the chimneys, the grime and the repetition and drunk on imagination.