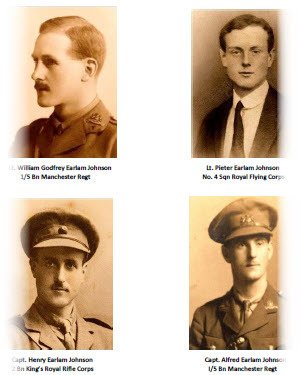 What started as research of casualties of the 1/5th Bn (TF) Manchester Regt at Gallipoli has evolved and grown into another story with the theme of mining, military, medicine and the constantly recurring name of Earlam Johnson.